We have a strong need to be consistent in all areas of life — in our words, opinions, beliefs, and behavior. Therefore, once we make a decision or perform an action, we are very likely to make all future behavior match this past behavior. Changing our viewpoints or behavior creates a fear of being perceived as a flip-flopper.

When there’s a mismatch between our belief and behavior we experience what Leon Festinger calls a cognitive dissonance. And we have a strong need to solve this dissonance. So when we’ve displayed some kind of behavior that is not in line with our beliefs, we tend to change our beliefs and keep behaving according to the initially displayed behavior (Cognitive Dissonance Reduction).

Road traffic people (researchers) asked a group of homeowners to place a large “Drive Carefully” sign on their front lawn:
=> Only 17% agreed

They also asked a second group of homeowners to place this sign on their beautiful lawns.
=> 76% of people were ok 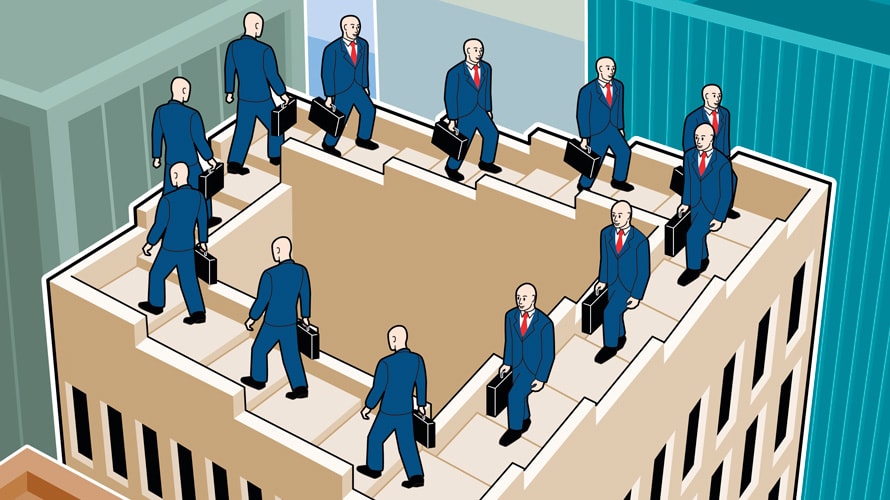 What was the difference between these two groups in this classic experiment by Freedman & Fraser? Why the startling difference in response?

Two weeks earlier, a different volunteer had asked this second group to display a tiny 3-inch sign that read BE A SAFE DRIVER. This request was so small, so reasonable, so easy to agree to, that almost everyone agreed. This mental foot-in-the-door technique made homeowners view themselves as socially responsible and safety-aware, hence a request for a larger favor a few weeks later didn’t startle them.

If you need ‘consistent behavior’:

If you need ‘inconsistent behavior’:

Online Questionnaires can be used for 2 purposes: Acquiring customer insights, and boosting conversions. Visitors entering the website either have to close the questionnaire popup, or answer the questionnaire in order to proceed. This forced click might subconsciously activate a self-consistency process: ‘I am someone who interacts with this website’.

Online Dialogue tested the conversion effects of online questionnaires for several clients. For example on Kras.nl.

This site uses Akismet to reduce spam. Learn how your comment data is processed.