Base rate neglect & Base rate fallacy

Base rate neglect & Base rate fallacy

“We rely on absolute numbers over relative statistics”

We have a tendency to base judgments on known specific numbers and percentages, ignoring necessary general statistical information. This way we often erroneously over-evaluate options with high numbers and percentages, ignoring what subset or base these numbers apply to… For example, when it says ‘100% juice’ on a carton of orange juice, we tend to think that it only contains pure squeezed orange juice. So we forget that there are many more (and cheaper) juices that could have been added while maintaining ‘100% juice’. 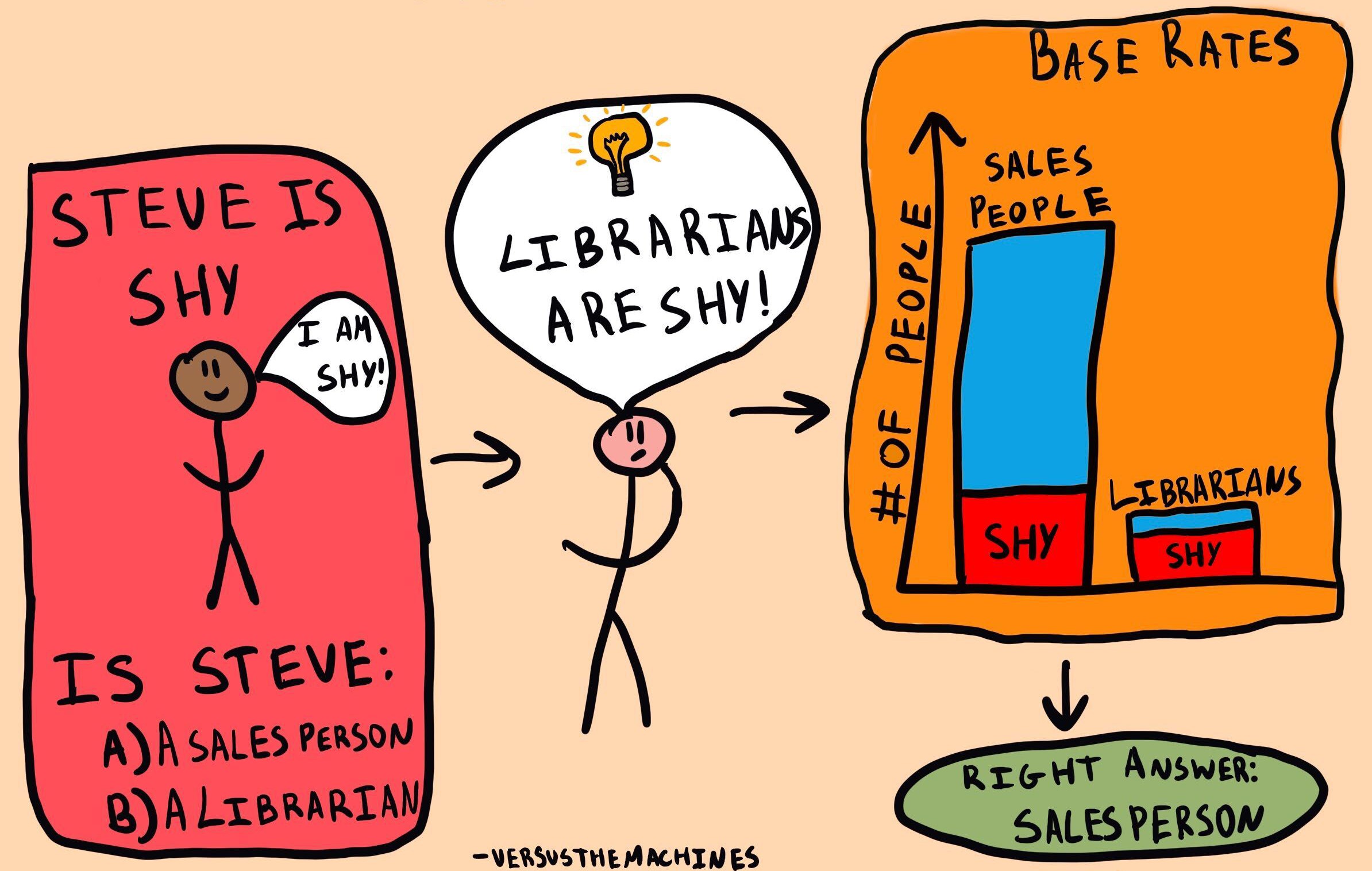 Imagine you’re the major of a city with 1 million inhabitants, with 100 known criminals. Your citizens want you to decrease the crime rate. Your Police Chief suggests installing a surveillance camera with automatic facial recognition software. The software has a failure rate of only 1%.

Is installing the camera a good idea? Most people think so.
However… Imagine that the whole city passes in front of the camera. You will catch about 99 of the 100 terrorists. But, you will also catch about 9,999 innocent citizens…

When mentioning numbers or percentages:

Further reading on base rate neglect and base rate fallacy: